These strict beliefs on sex and procreation during the Victorian era were challenged though by Clelia Duel Mosher (Crooks & Baur, 2011) and her work to prove that women were not inferior to men. 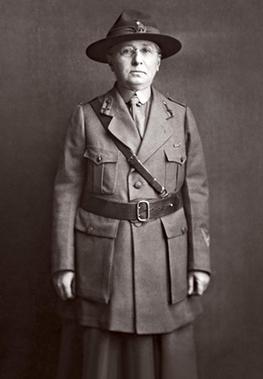 “A great responsibility rests upon us as physicians and teachers of physical training to lead women to ideas of health, to hold out to each one an attainable physical ideal, to teach the mechanism of our wonderful bodies so that she obeys the laws of her body, laws learned so perfectly that they are obeyed automatically.”
– Clelia Mosher, The Relation of Health to the Woman                      Movement, 1915

A professor at Stanford University, Dr. Clelia Duel Mosher conducted the first sex survey for women in 1892 (Platoni, 2010).  She gathered a considerable amount of data solely on women and their sexuality through surveys and interviews.  She observed women’s sexual habits, sexual appetites, and their thoughts on contraception, spouses, and children.  She had 45 participants, which took her 30 years to collect (Crooks & Baur, 2011).

The results that Clelia Mosher found were shocking.  More than half of the women surveyed reported that they knew nothing about sex until marriage.  Those who had some knowledge of sex prior to marriage obtained their information by means of books, conversations with older women, and natural observations like “watching farm animals” (Platoni, 2010).

Even more startling was that, regardless of whether the women had any prior exposure to sex, all women had and enjoyed having sex.  Out of the 45 women surveyed:

Mosher’s data documented that women did have sexual desires and wanted to engage in sex – unlike the believed stereotypes of the Victorian era.  She also discovered that women have orgasms, which was an unexpected find during this time period (Crooks & Baur, 2011).

Mosher’s results were remarkable for this era.  Estelle Freedman, a historian at Stanford, recently stated that,

“…the public ideal was the women should be very discreet, if not ignorant, about sexuality…[Mosher] was asking very modern questions.  She’s opening up an inquiry about what is the meaning of sexuality for women (Platoni, 2010).”

What is interesting about Clelia Mosher’s work though, is that she kept her results private.  It wasn’t until 1973 when a historian found her data in the Standford University archives (Platoni, 2010).  Mosher’s discoveries may have been kept under wraps because she didn’t have enough time to publish them before she died in 1940, but also it may have been due to the fact that they were incredibly contradictory to the Victorian views on women (Crooks & Baur, 2011).

One Response to “Clelia Duel Mosher”