Between the 400s to 1400s, a time referred to as the Middle Ages, human sexuality was looked upon in a very strict manner (Crooks & Baur, 2011).  Procreation was seen as the only legitimate reason for intercourse, first formally written by the bishop Augustine.  Augustine also believed that the only “natural” sexual position was man on top (Crooks & Baur, 2011).

Sex was deemed sinful for any other use than procreation (Crooks & Baur, 2011).  To enforce these views, the Church had a book called Penitentials.  This was ultimately a catalog book of sins and the appropriate punishments for each corresponding sin.  To exemplify the severity of this catalog, the most serious sin was using the withdrawal method to prevent pregnancy.  Those who committed and confessed to this sin were punished to fasting on water and bread for years.  Another example of how serious the Church was about sex, is that people who engaged in oral and anal sex were punished more severely than those who committed murder (Crooks & Baur, 2011).

In accordance with the strict beliefs on procreation, gender roles of men being “above” women were as equally rigid (Crooks & Baur, 2011). 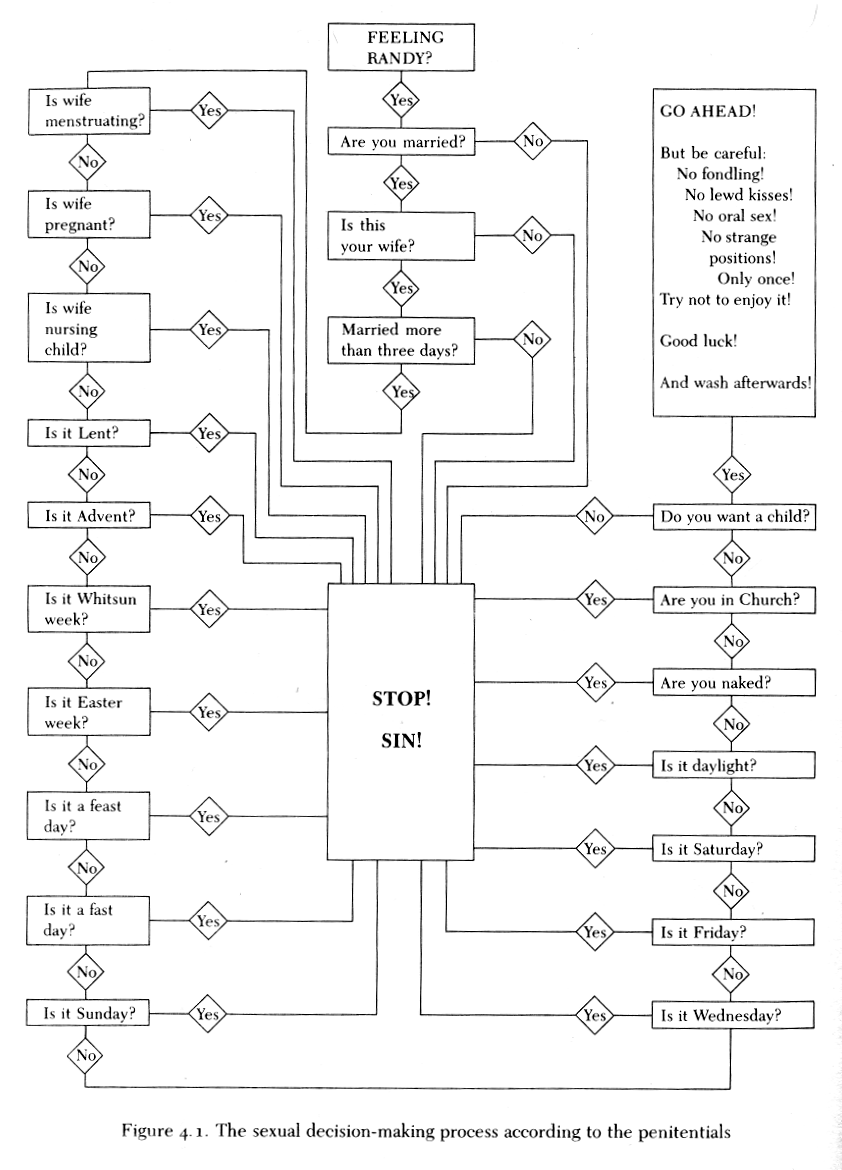 Above is a flowchart from James A. Brundage’s, a history professor at the University of Kansas, book called Law, Sex, and Christian Society in Medieval Europe.